The Internet is for CORN!

First things first: if the title of this post sounds puzzling, you've been missing out on the most hilarious musical ever. I hate to be the one to tell you, but it's true.
It's called Avenue Q, and you should if nothing else become familiar with this song...

...Wait, what are you saying? You only surf the Internet for recipes?
Sheesh, sure thing.
Look, I'm pointing you to a few favourite ones anyway. And what you do afterwards is entirely your business. Deal?

Let's start with soup, although this baby is so ridiculously thick with cheese (and goobed up with bacon!) that you'll want to cross your fingers behind your back when calling it such. 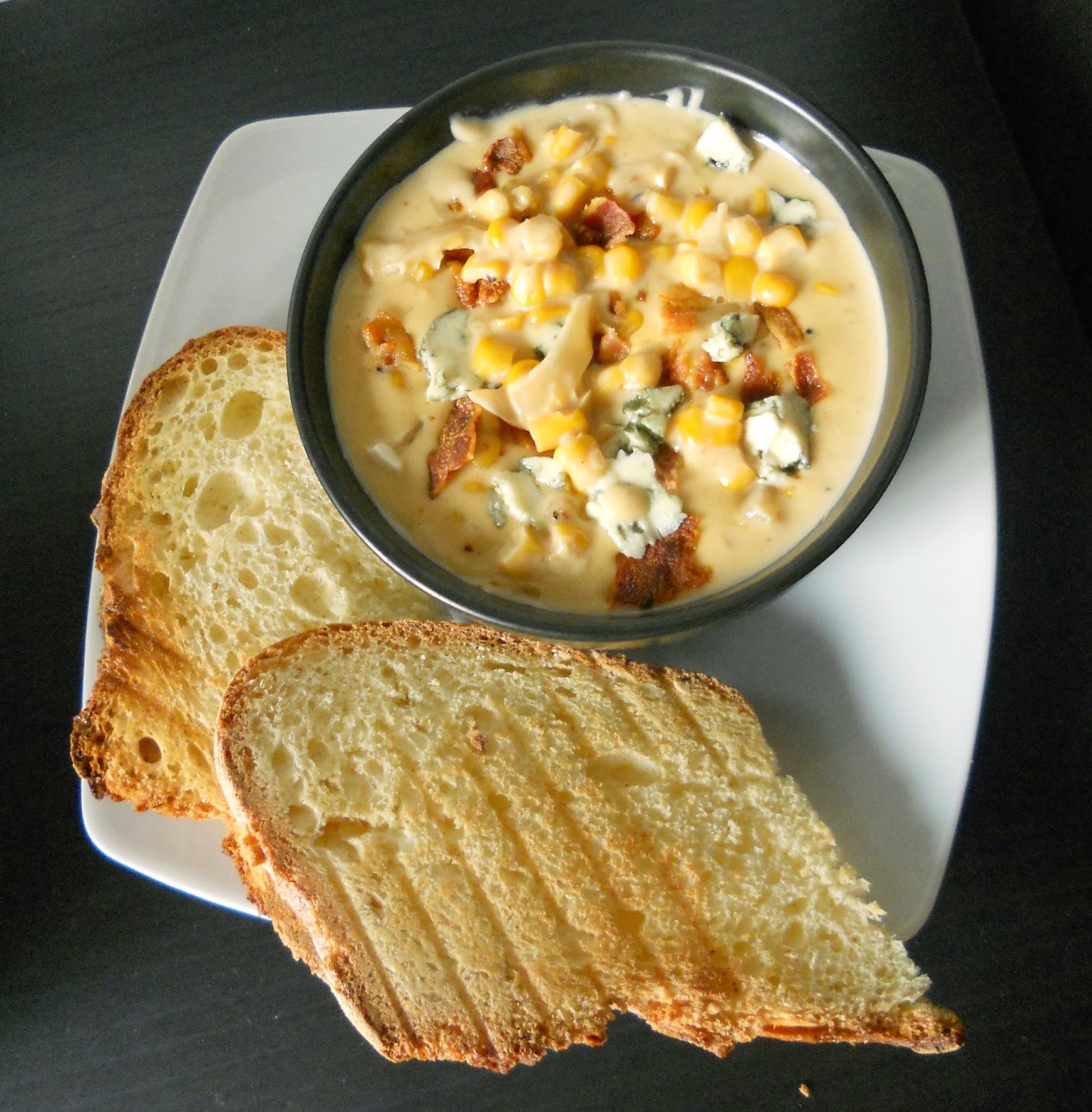 Now if you aspire to be regarded as a savvy surfer of the vast foodie ocean, you should have surmised already that a Cheesy Corn Chowder with Bacon + Gorgonzola can only be a creation of Jessica, the genius behind How Sweet It Is. 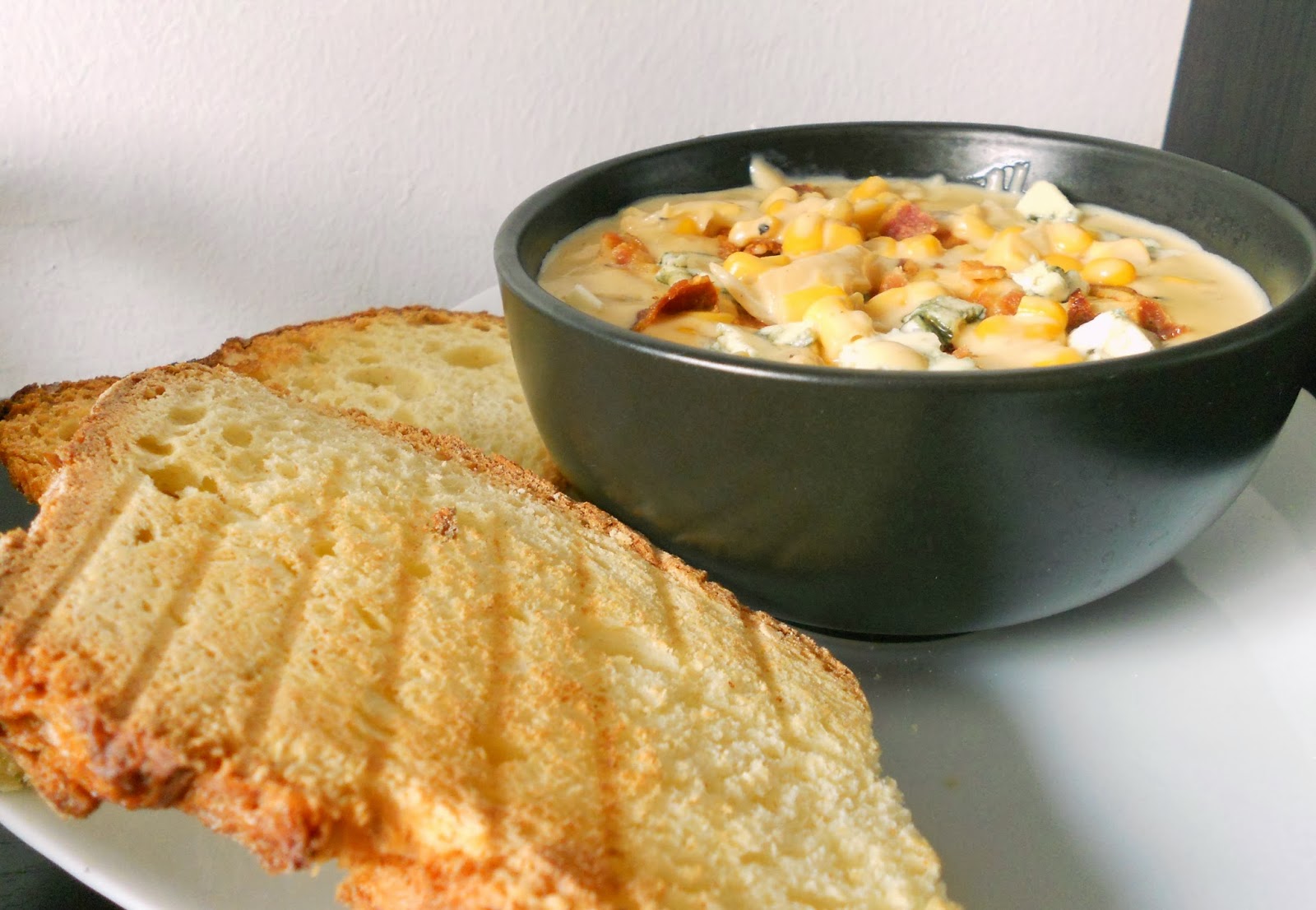 I sang her praises already in a previous post, so instead of hearing me harp on about how awesome she is, how about you jump to her blog directly, and see for yourself?

Next comes a revamped version of the traditional Shepherd's Pie... only I had to look it up online to discover it is, basically, a meat pie with a crust of mashed potatoes.
It sounds yummy, and to me it would be exotic enough even in its plain version, but this Southwest Shepherd we're dealing with here has chorizo in it, and spices, and sweet potatoes all over the place. And corn, of course! 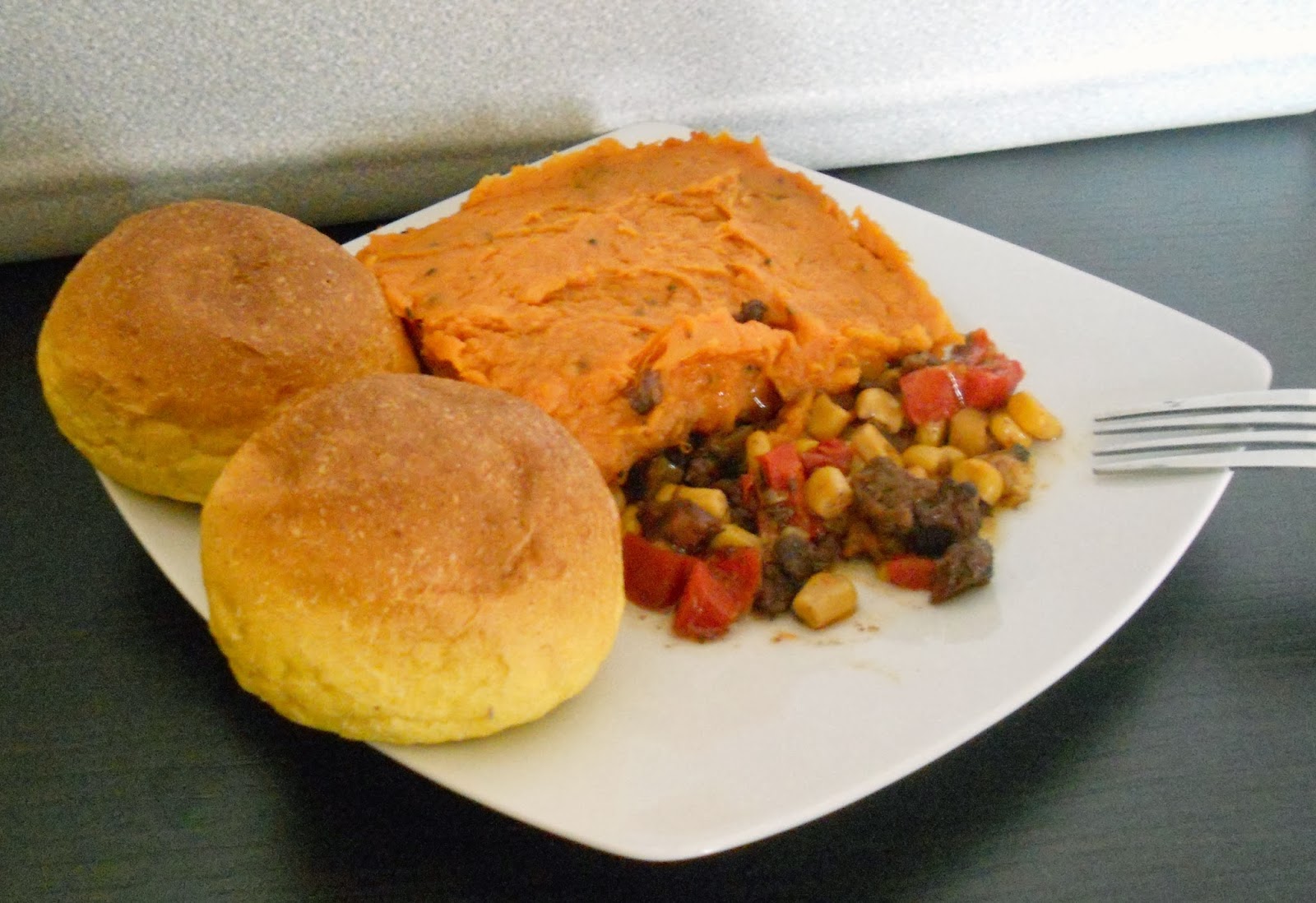 Now this dish, it's more delicious than pretty - and it was delicious despite the fact that I threw into it the black chorizo I bought by mistake back in December, while completely smashed because of all the sample chupitos I had chugged. 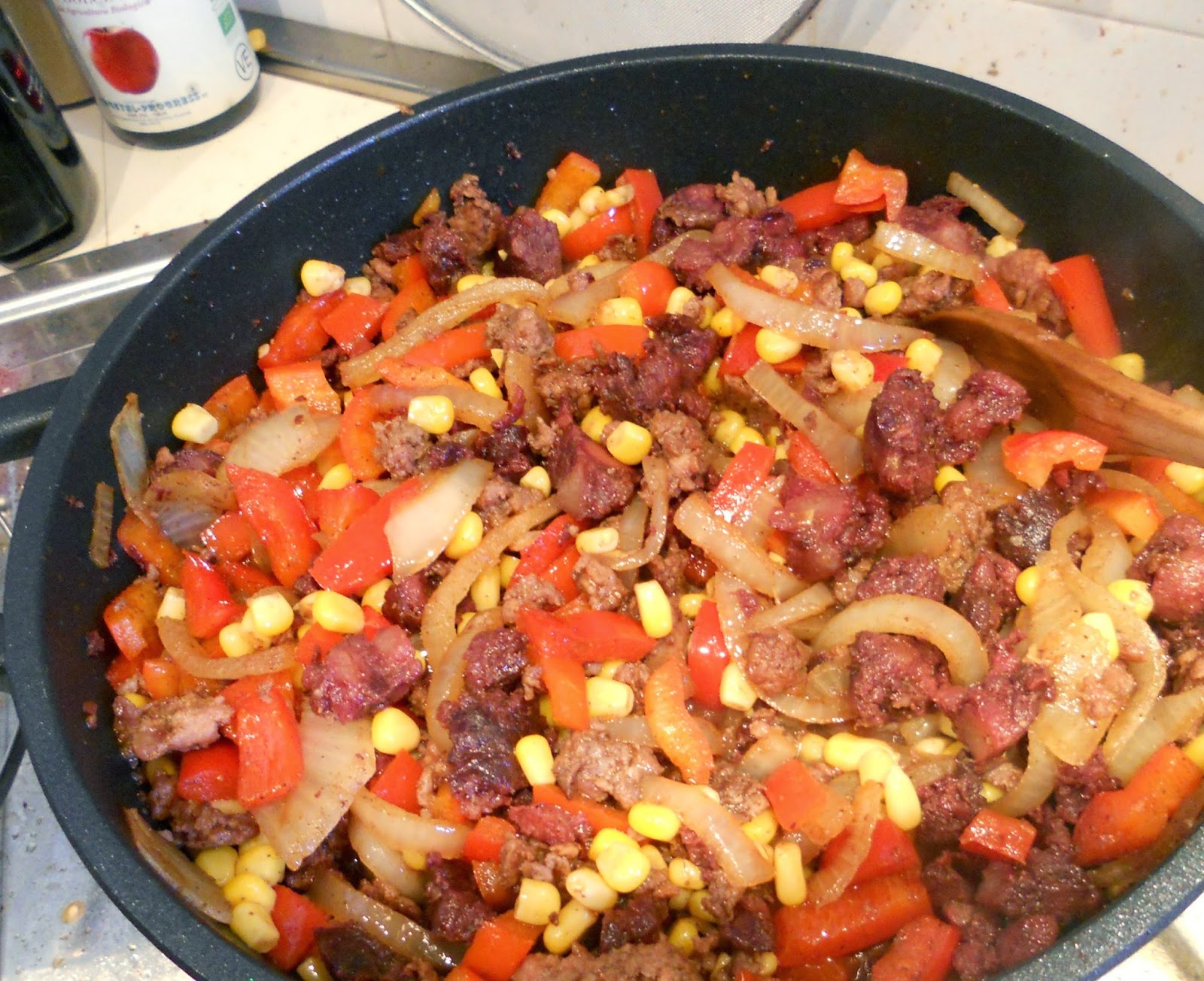 I think it makes the ideal lunchbox fodder: you can plop a frozen square into your box, and give it a quick zap in the microwave to warm it up when you're ready to eat - and hey presto, you have a satisfying, filling, and shockingly balanced meal! (Pumpkin bread buns are a wonderful complement btw...)

Kita Roberts a.k.a. Girl Carnivore is actually better known as Pass the Sushi, but like the dedicated carnivore that she is - and boy, do I love her for this reason alone, in this age of vegan nonsense! - she felt the need to run a separate blog for all things meat, plus the occasional fish. Me likey!

Last but not least, this Scalloped Corn Bread - which is not even close to bread, honestly; much more like, a frittata with stuff thrown in.
Soooo confusing... but so good! 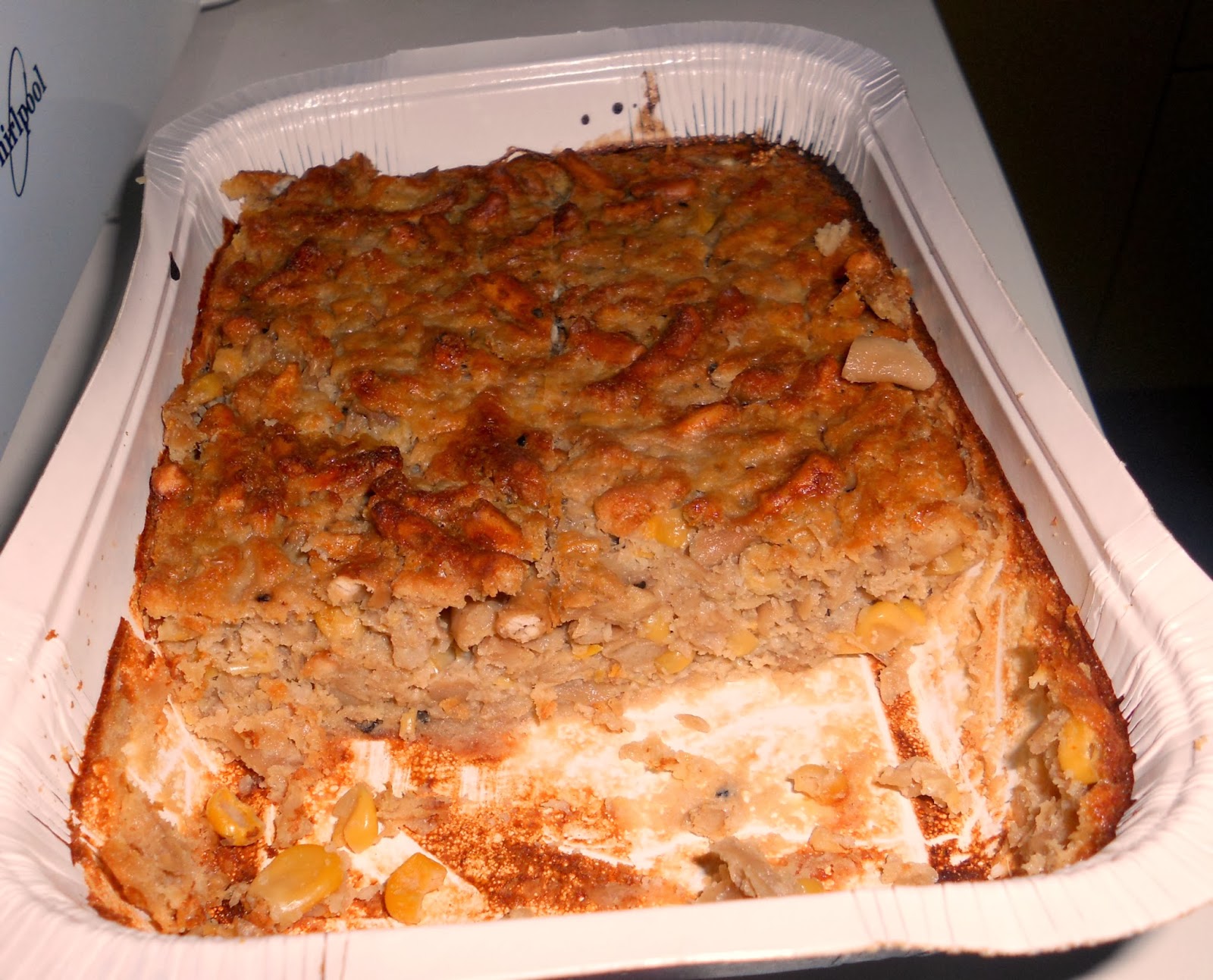 This crazy mash-up of canned cream-style corn, crushed saltines and eggs makes for a perfect, quick-and-dirty side dish that you can whip together easily with ingredients you are likely to have in your pantry at all times.
(Me, I'll admit I used pretzels instead of the saltines, since I was all out of them - still awesome!)

I stumbled upon a promising pic of it on Pinterest, and immediately set out to trace the recipe all the way back to Created by Diane.
I am a newcomer to that particular blog, so I still don't know much about its hostess - except that, duh, she's called Diane! - but if her Scalloped Corn Bread is any indication of the average quality of the stuff she puts out, I think I can safely assume I'll be a regular in no time! 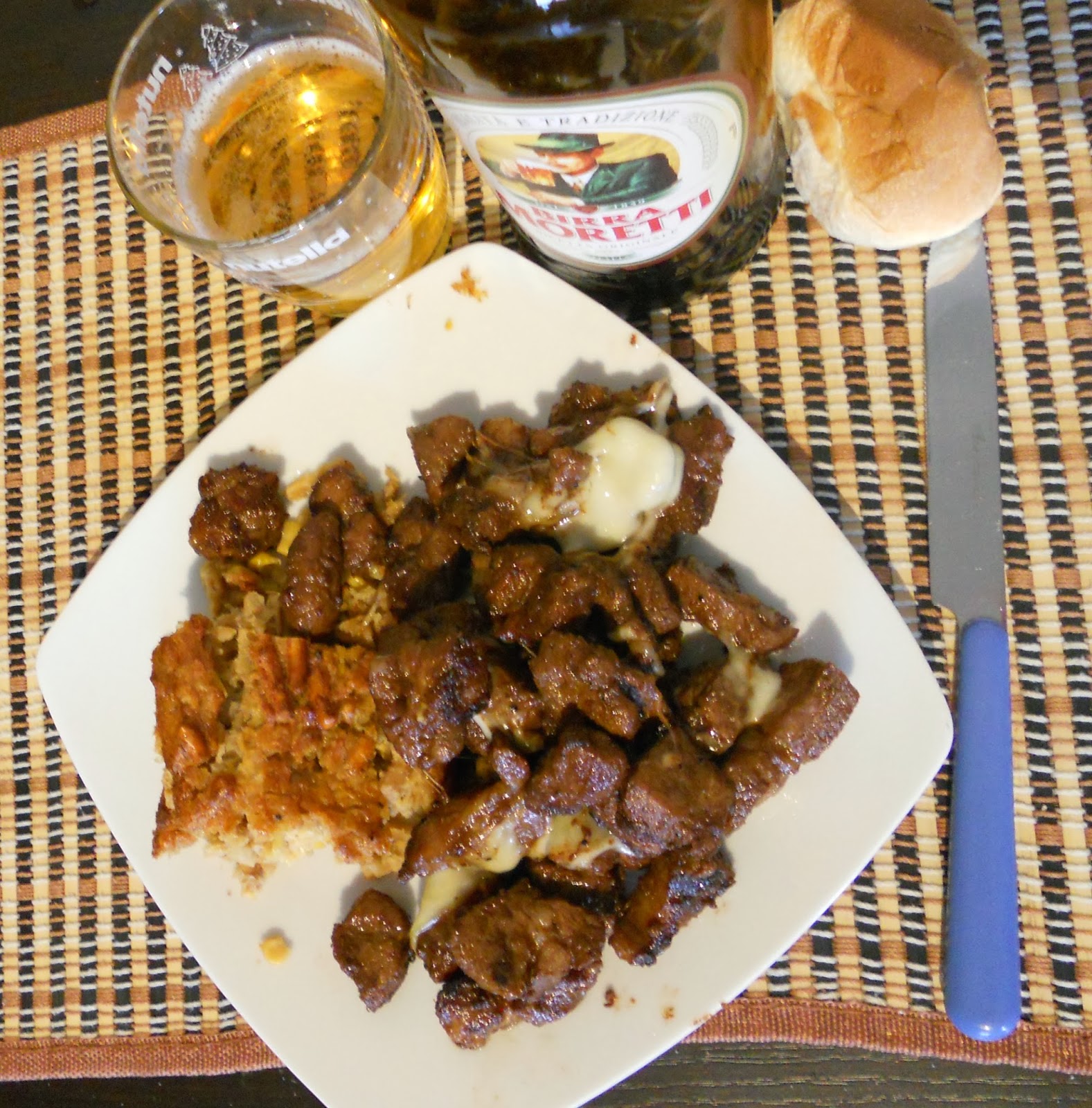 Diane's family apparently has a tradition of eating her "bread" during the holidays, but I found it to be a perfectly viable option for everyday occasions.
It freezes wonderfully (which kind of surprised me, as egg-based things so often turn gummy in the freezer), and if you pre-cut it into smallish squares, brownie-like, it's a very handy way to round out your luncheon at work.
A couple squares of it were enough to turn my Adobo-marinated steak into a single course I wouldn't be ashamed to serve to a guest - except I gobbled it all down myself in this instance, it was that good!

Posted by The Knitting Geek at 5:37 PM